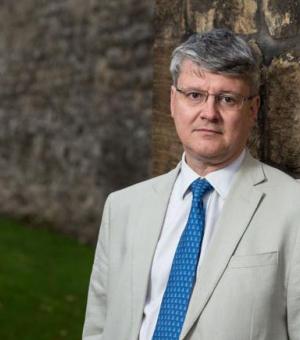 My main areas of research are in the epigraphy and numismatics of the Hellenistic East, with a particular interest in the Ptolemaic empire. In 2010 I co-founded the nomisma.org project, which has pioneered the introduction of Linked Open Data approaches to ancient numismatics. In subsequent years I have managed and championed a number of the standard resources now available in digital ancient numismatics, including Online Coins of the Roman Empire.

I am  a historian of the Hellenistic World, a Fellow of New College and Honorary Curator at the Ashmolean Museum. Prior to arriving in Oxford, I was Curator of Greek Coins at the British Museum (1995-2007) and Deputy Director of the American Numismatic Society in New York (2007-2014).  I was formerly a member of the Institute for Advanced Study in Princeton (2006-7), and I am currently a member of the International Numismatic Council.

My publications include three volumes in the Sylloge Nummorum Graecorum series, two volumes of Coin Hoards and over a hundred articles and chapters on the coinage, inscriptions and history of the ancient world. Current research projects include collaboration with the Institut Européen d’Archéologie Sous-Marine on the publication of the exacavation coins from Alexandria and Herakleion-Thonis in Egypt, and the ARCH project with the Bibliothèque nationale de France and the University of Valencia to explore monetary interaction between Spain and SW Gaul in the pre-Roman period.