Documenting the Hellenistic Inscriptions of Cyprus 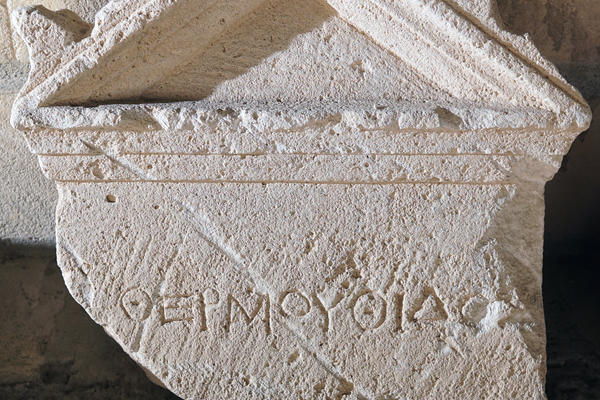 Cyprus has a remarkable and diverse ancient written culture, reflected in  thousands of surviving documents in syllabic and Phoenician and Greek alphabetic scripts. The museum collections of Cyprus, however, are dispersed, and the locations of a significant proportion of finds are incompletely recorded. The Centre is collaborating with the Department of Antiquities in a project to document the island’s Hellenistic inscriptions, which provide vital insights into the transformation of its civic and institutional culture when it came under the authority of the Ptolemaic dynasty of Egypt in the early third century BCE. The project is funded by a one-year grant from the University’s John Fell Fund, from February 2019 through January 2020; its principal researcher is Dr Kyriakos Savvopoulos.

Funerary stele of Termouthis, from Kourion.